This new year marks quite a few leaps for anime, such as more titles getting a streaming license right alongside their Japanese debut, such as Guilty Crown and Last Exile -Fam, the Silver Wing. But not everyone is smiling this New Year’s and in Bandai’s case the change is more negative.

Bandai Entertainment has just released news that they will no longer be distributing anime dvds or manga titles in the US and everything that was licensed before will soon be dropped. Instead, they plan on focusing more on downloadable content. For fans, this boils down to two options. 1) Buy physical content now. 2) Buy downloadable only content later (assuming you even can as some titles might be permanently dropped and up for grabs by second-hand distributors).

If course, this development has re-opened the old piracy debate (which frankly shouldn’t even be a debate). Although everyone agrees that there are more factors involved, fans are hard pressed to deny that piracy is a big factor. After all, some laughed it off when Geneon went under, but when ADV films followed suit the laughter died. The issue is far from comical now that a large company, previously thought of as “untouchable,” has stumbled.

As far as I’m concerned, piracy has always been wrong. The argument of “not having money” has never flown with me because I worked my small 10 year old butt off for VHS titles with only two episodes a piece (dub only). And I was proud of that accomplishment. I was proud that my money went to help the people who made the show I loved. Now, entire series can be had (dub and sub) for the same price I would pay for only 4 episodes back in the day. That’s a HUGE jump! And a blessing too. Anime is far cheaper now than it has been in the past. If I could raise money as a kid, I know my fellow anime fans can raise money now, although it might mean not getting anything at Starbucks for awhile or cutting back on their cell phone usage.

That leaves just one last argument. “But I like obscure shows that don’t get licensed!”
Here’s an analogy to help: You go with a group of friends to this huge candy shop. There are hundreds of different kinds of sweets. Then one person starts to freak out because they don’t the the exact kind of chocolate bar he likes. Really? There are hundreds of candies to choose from, various kinds of chocolate too. What’s the deal? Yet many anime fans today do this same thing, ignoring hundreds of licensed shows for the sake of a few that aren’t. Why not simply ask the companies to license them, getting some other people that expect it to do the same? You can send links of the Japanese trailers around, that’s legal and will help a fan base. And, hey, if it’s not licensed, why not check out all that stuff that’s already there? You just might find something else you like just as much, if not more.

Bottom line: Being able to watch anime is not a right, it is a privilege.

As another year has come to a close, it’s always fun to look back on some shows that stood out. Some just got underway and others are set for a release this year! I’ve chosen five that made an impression on me personally. And, hey, you might find one you’re interested in too! 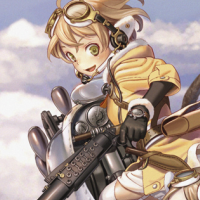 It may only be a streaming show currently, and an incomplete one at that, but this show was a very highly anticipated arrival in both the US and Japan. The original Last Exile was released many moons ago and until recently, no one was aware Gonzo was even making a sequel. Thankfully for fans of the first, steampunk themed show, FUNimation teamed up with Gonzo last year to stream episodes of Fam right alongside the Japanese airing. Although the exact political setting is still ambiguous, the show’s high quality visuals and mysterious characters have already gained it some fans that look forward to its wrap up sometime this year. 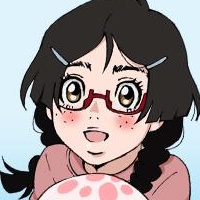 This show was streamed by FUNimation early on in 2011 and gained quite a bit of hype thanks to its nerdy opening theme, complete with references to Star Wars and Mary Poppins! Centered around a group of otakus (eccentric fans of just about anything, from trains to samurai classics), Princess Jellyfish pairs some refreshingly realistic characters with some comical situations and makes for a very cute show. It may not have highly detailed battleships, like Last Exile’s sequel, but its lighthearted approach to the age old question of outside vs inside has made it quite memorable indeed. Only time will tell if its DVD release this year will continue its early fan rising. 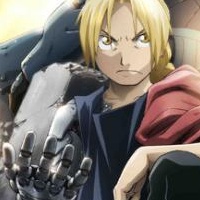 Although it was released in 2010, last year continued to see the release of the DVDs as well as episodes being posted for viewing via FUNimation’s streaming channels. FMA: Brotherhood had a very strong run. And little wonder as this series took its story directly from the original manga, something the original FMA series deviated from, much to the disappointment of fans. With the release of the fifth, and last, part of the series on DVD, Brotherhood’s reign is coming to a close. Sort of. This year will see the theatrical release of the Fullmetal Alchemist: Brotherhood movie and its DVD release as well. Then it will end. Although fans everywhere can continue to hope… 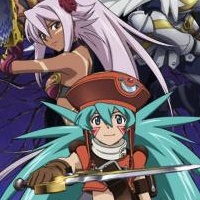 It may have been a short run of only three episodes, but Quantum was definitely a nice surprise in the anime community last year. Usually, .hack titles are picked up by Bandai Entertainment, a company that focuses more on merchandise, such as figurines, than its anime titles. I’m still not sure why they decided to pass up on Quantum (although its small size may have something to do with it), but it was a nice deal for .hack fans since FUNimation released a streamed subtitled version of it for free viewing last year. Although its quick paced action was vastly different from previous .hack animations, Quantum held its own last year and many fans are eagerly awaiting its DVD release this year. 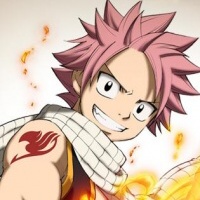 It may have been running in Japan far before its US debut, but Fairy Tail’s fabase couldn’t be happier with the effort FUNimation has put into the show. Starting its stream in 2011, Fairy Tail ignited discussion on the US company’s website and many other anime sites. FUNimation caught on to the excitement soon after and began to hype up the coming DVD releases slated for this year, posting contests, trailers, clips and interviews with the English cast. Centered around a group of wizards in a guild brightly titled “Fairy Tail”, the show’s comical air and lovable characters have earned it a solid spot in anime fan circles. It may be just now entering the larger arena of the US market, but it’s such an easy show to get into, having enough comedy for lighter fans and enough action for fighting fans, that it’s hard to see it not taking off. So while you await the DVD release, check out some of their episodes at FUNimation or chew on this hilarious infomercial, courtesy of Natsu’s English voice actor, Todd Haberkorn. 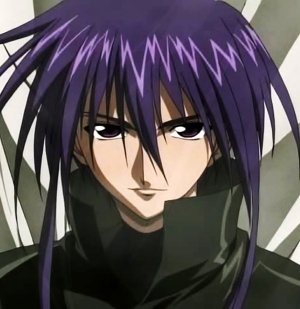 Story:
Daisuke Niwa believes himself to be a pretty average high schooler, save for a rather obsessive family dead set on teaching Daisuke to be the best thief around. When his sixteenth birthday arrives, however, Daisuke learns why his family is so set on his lock picking skills. The Niwa family has been under a “guardian” of sorts for generations and from their sixteenth year onward, males in the family share their bodies with a guardian known as the “Phantom Thief.”

Violence:
Overall, the violence in this show is pretty tame. When Daisuke transforms into Dark, he feels pain. Also, his enemy, Krad, whose transformation is even more painful, fights Dark every now and again, but no blood is shown. Daikuke’s father is also hurt badly in one episode, but there’s no blood there either. Perhaps the worst violence comes at the very end of the series. Dark uses his real wings which hurts Daisuke and the end battle results in the “resurrection” of Dark and Krad’s true form, which is skeleton-like and thus could be a bit scary for very young viewers.

Language:
There isn’t any language in this show which is best considering the character types don’t seem like the kind of people that would curse in the first place…

Nudity:
Nudity doesn’t exist in this show either (aside from one character’s outfit which shows her stomach). Again, this makes sense. There isn’t any reason for nudity anyway.

Theology/Mythology:
The beginning of this show opens up with the Niwa family dressed in robes and undergoing what looks like some kind of magical ceremony. It doesn’t last long and doesn’t seem to hold much meaning either as Daisuke quickly takes off for school in the middle of it. One the female leads also seems to enjoy using tarot cards, although it never plays a big role in the series (these cards are seen in the second ending theme, although they, again, serve no purpose). It is also worth noting that the hero character, Dark, looks like a dark angel while the enemy, Krad, is a light angel. This could be interpreted any number of ways, but it’s never explored in the show, so, like the tarot cards, ends up as a mere embellishment at best.

Personal Impression:
I rather liked this show myself, although I could always go for a bit more action. Even so, it’s a fun show and pretty clean too. The various mysteries around the enemy and a few other characters helps add some spice. Be warned that it wraps up a bit too fast at the end though, leaving some questions unfinished. Overall, it’s a great watch and would have gotten an All Ages rating if not for the last few episodes that showcase Dark’s true form. But if you want a break from action centric shows, D.N. Angel is a good pick, with just enough mystery and adventure to keep a strong interest without landing in the “overwhelming” category.

Personal Rating: 10 and up

Error: Twitter did not respond. Please wait a few minutes and refresh this page.